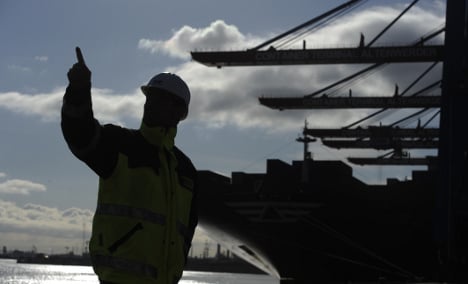 It was also the second straight record high since the country’s reunification in late 1990, even though the December level was revised slightly lower from an initial reading of 109.9 points.

Ifo also polls companies about expectations for the coming six months, with this index climbing to a record 107.8 points from 106.8 in December, beating analyst forecasts for 106.5 points.

“The German economy has started the year with great vigour,” Ifo president Hans-Werner Sinn said in a statement.

The institute polls 7,000 German manufacturing, construction, wholesale and retail companies each month to establish the barometer of business sentiment. The figures backed up the ZEW index of German financial market confidence earlier this week, which jumped to its highest level since July 2010 at 15.4 points.

“The firms are just as satisfied with their current business as they were in December and they have given more favourable assessments of their business prospects for the coming half year,” Sinn said.

He noted that in the manufacturing sector, the “the business climate has clearly improved,” and firms said they planned to hire more staff.

Analysts polled by Dow Jones Newswires had expected a more modest increase in the overall index to 110 points.

The German government has forecast economic growth of 2.3 percent this year, following a post-reunification record of 3.6 percent in 2010, which should give traction to some eurozone neighbours as well.

There were nonetheless a couple of shadows in the data. A sub-index that measures companies’ assessments of their current situation dipped very slightly for the first time since February 2010, suggesting sentiment might be reaching a plateau.

Substantial drops in sub-indices for the wholesale and retail sectors also cast doubt over the extent to which Germany’s economic recovery would spread to consumer spending.

Those categories had shown improvements in December. A steady fall in unemployment, plus higher wages, have lead to forecasts of a long-awaited pick-up in consumption to support exports and investment as growth drivers.

Those two factors are being underpinned by global growth and low interest rates adopted at the height of the global financial crisis to help get economies back on track. Low interest rates also help debt-laden eurozone countries such as Greece, Ireland and Portugal.

Commerzbank chief economist Jörg Krämer noted that the European Central Bank’s record low benchmark interest rate of 1.0 percent would probably remain in effect for much of this year, despite recent indications that the ECB was taking a harder line on rising inflation.

Other analysts viewed the latest Ifo release from different angles, with Jonathan Loynes at Capital Economics saying that although Germany was doing well, “that might not help its neighbours very much.”

UniCredit economist Andreas Rees pointed, however, to “a reviving of the good old Franco-German economic axis.”

“German and French companies are powering ahead in Europe, thereby reinforcing the upswing of each other,” Rees said.

ING senior economist Carsten Brzeski said a German “investment upturn should finally materialise,” and added that with job growth, “the conditions to initiate a virtuous circle have hardly been better in the last fifteen years.”