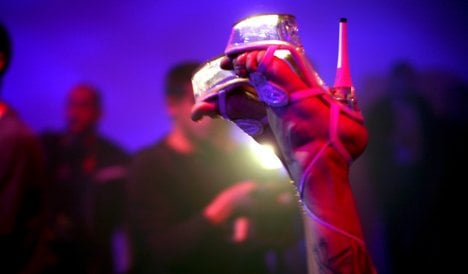 The Susis Show Bar on Hamburg’s main red-light drag, the Reeperbahn, has installed a large mirror and a pole in their box for their strippers to dance for guests invited to watch Bundesliga games.

But the club has blown the whistle to the idea guests in the box can watch football while the strippers perform, and say the women can only dance after the ninety minutes of action on the pitch is over.

St. Pauli bosses acted after fans complained about the image of the club, which has something of a cult following and whose supporters are famed for their left-leaning politics, being tarnished.

“We had a discussion with the owner of the box and made it clear there cannot be dances during the matches,” St. Pauli president Stefan Orth told daily Bild.

“There can be performances after the matches, there can be dances, but they must not end up nude,” he said. “If they dance just once naked, they will be out of here!”

St. Pauli has never been afraid of ground-breaking initiatives and are the first football club in the world to install a kindergarten so children of fans can be looked after at the club while their parents cheer their team.

St. Pauli are 15th in the Bundesliga after winning a promotion last season.