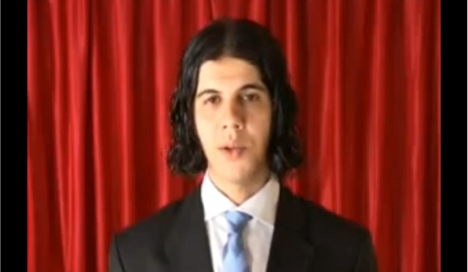 The Moroccan-born Bekkay Harrach, who in propaganda videos threatened to conduct attacks in German cities, was the leader of the attack, according to a report Wednesday by SITE Intelligence Group, which monitors terrorist and extremist websites.

A date wasn’t cited, but the details point to an assault on May 19, 2010. At the time, NATO officials said seven militants were killed and at least five NATO personnel wounded.

The Taliban claimed responsibility for the attack, saying 20 suicide bombers took part in the assault, which began overnight and included rockets, small arms and grenades. US forces repelled the attackers.

On Tuesday, a statement by the Islamic Movement of Uzbekistan said the attack was a joint operation by al-Qaida, the IMU and the Pakistani Taliban, according to SITE.

In 2009, Harrach appeared unmasked in a video and threatened to launch attacks in Germany if the country continues to support the NATO military action in Afghanistan. Germany currently has 4,590 troops in Afghanistan, according to NATO statistics.

Bagram, around 60 kilometres north of Kabul, is a huge NATO airbase. International forces also have a prison at the site, opened following the fall of the Taliban regime in late 2001.

The SITE report said that militants claim there is a “constant influx” of German men and women to fight NATO forces.

Separately, SITE said another German militant, Abu Askar, was killed last October along with four others in an American drone attack.

It said a German-Turkish militant was among dead. SITE said those deaths were

publicized last November but without details of their deaths.