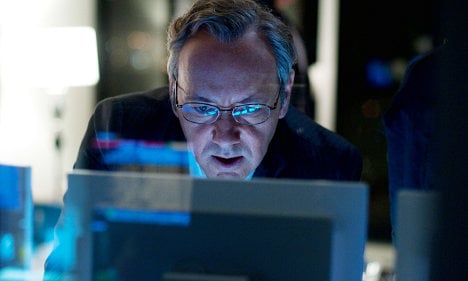 The 61st edition of the festival, running from February 10-20, will showcase 22 films in its main programme including 16 in the running for the festival’s coveted Golden and Silver Bear top prizes, the organisers said in a statement announcing the complete list of competitors.

Among the new entries announced were “Margin Call”, a feature film debut by J.C. Chandor starring Spacey, Moore, Jeremy Irons and Paul Bettany and set at an investment bank at the start of the turmoil on global financial markets.

US director Joshua Marston, whose drug-mule drama “Maria Full of Grace” picked up two prizes at the 2004 Berlinale, as the event is known, will screen “The Forgiveness of Blood” about an Albanian family locked in a blood feud.

France’s Michel Ocelot will unveil “Tales of the Night”, a fairytale in 3D based on his silhouette animation television special – one of three pictures at the festival that will burst through the third dimension.

And Iranian film-maker Asghar Farhadi, who won a best director prize for his haunting drama “About Elly” at the 2009 festival, will be back with “Nader and Simin, A Separation” about an estranged couple reunited by a surprise event.

Farhadi faced a production ban by Iranian authorities while making the film for comments in support of jailed director Jafar Panahi, whom the festival will also honour this year. The ban was later lifted.

“We invited Jafar Panahi to be on the International Jury in 2011. But then in December 2010 he was sentenced to six years imprisonment and banned from film-making for the next 20 years,” festival director Dieter Kosslick said.

“We are going to use every opportunity to protest against this drastic verdict,” he said in a statement.

The Berlinale will show a number of his films including the prize-winning “Offside” about girls who dress up as boys to sneak into a football stadium, and stage a panel discussion with Iranian film-makers on censorship.

The event, one of Europe’s top film festivals, will open with a remake of the classic Western “True Grit” by the Oscar-winning brothers Joel and Ethan Coen, it announced in December.