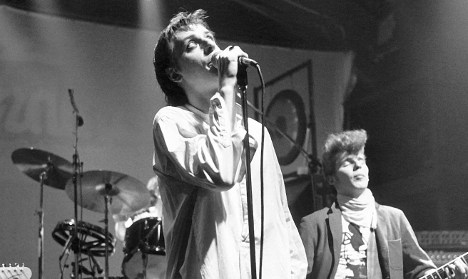 His brother’s remains will be moved to a cemetery in Berlin, he told the paper.

The farm in Fresenhagen had belonged to Möbius and his wife, along with another brother. But running a guest house and cafe there was not sustainable, the family found.

“We sold the farm because it was too expensive to run,” Möbius said.

Reiser, born Ralph Christian Möbius, lived and worked at the farm until his death in 1996 at the age of 46. Members of his band, Ton Steine Scherben also lived with him as part of a commune on the farm grounds beginning in 1975.

During its heyday in the 1970s and 1980s, the band was one of the most influential in West Germany and known for their left-wing politics.

After they broke up in 1985, Reiser went on to lead a successful solo career.

The farm will be converted into a youth welfare centre, while Reiser’s belongings and the contents of the on-site museum will be moved to Berlin.

“Rio would have had nothing against it,” his brother Möbius said.