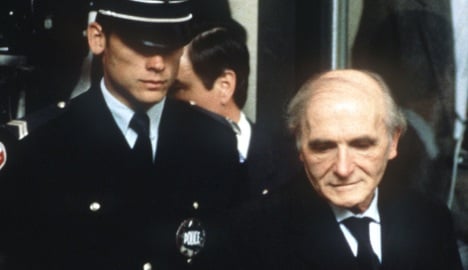 Barbie fled to Bolivia after the war, in which he had served as the head of the SS in Lyon, and lived there under the name Klaus Altmann from 1951. It was there that he was recruited by the BND intelligence service, the magazine reported on Saturday.

A file on Barbie, whose codename was Eagle, says he was of ‘complete German attitude’ and a ‘committed anti-Communist’. He delivered at least 35 reports and was seen as a political source, although it is not yet known what kind of information he gave the agents.

Payments for his work were made to him via a branch of the Chartered Bank of London in San Francisco.

A few weeks after he was recruited, he took over the Bolivian arm of a German company which operated globally, selling left-over weapons from the German army.

According to the BND records, he was supposed to report whenever the Bolivians were running short of weapons or ammunition.

The BND ended its work with Barbie in the winter of 1966 – 1967 seemingly on fears that he could become a blackmail target of other intelligence services over the murders he committed in the Third Reich.

The German state prosecutor was investigating him after a French court sentenced him to death in his absence. He was extradited to France in 1983, convicted of crimes against humanity and jailed for life. He died in 1991.