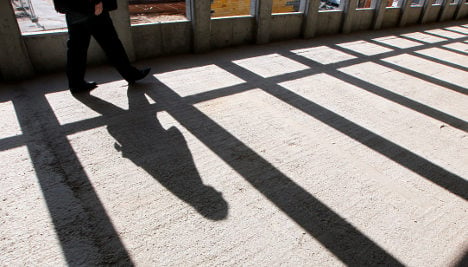 The Interior Ministry in Baden-Württemberg was forced to explain this week how the informant, whose real name is Rafid Ahmed Alwan, became a German citizen in 2008. He has been living in Germany since 1999, when he arrived seeking asylum.

The Greens party has raised questions about the involvement of Germany’s foreign intelligence service, the BND, in Alwan’s naturalization.

The process had been intensively scrutinized and officials concluded it was “legally proper” that Alwan be free to apply to be naturalized, a spokesman for the city of Karlsruhe said on Wednesday.

The administration of former US President George Bush relied heavily on Alwan’s fabricated testimony that the Iraqi dictator Hussein was using mobile laboratories to manufacture biological weapons, even though the BND had expressed doubts about the claims – doubts that some CIA officials shared.

The latest revelation follows questions put by the opposition Greens to the Baden-Württemberg Interior Ministry. The ministry’s answer stated that the BND intelligence service had initiated and shepherded the application for citizenship without the state government’s knowledge – a situation the Greens interior affairs spokesman in the state, Hans-Ulrich Sckerl, branded “highly implausible.”

Alwan arrived in Germany in 1999 and sought asylum, claiming to have been a high-level biological weapons scientist in the Iraqi regime. Both BND and some CIA officials had expressed doubts about the claims even ahead of the US-led invasion of Iraq in March 2003, according to various media reports.

In late 2004, the CIA formally admitted that Curveball had lied and was in fact a taxi driver in Baghdad. He had a degree in engineering, which he used to spin detailed fabrications about the non-existent mobile weapons labs.

In December, broadcaster NDR reported that BND had been looking after Alwan for years, despite the fact that it had been proven he had lied to officials. This included receiving €3,000 a month from a BND front company in Munich, Thiele und Friedrichs, until the end of 2008.