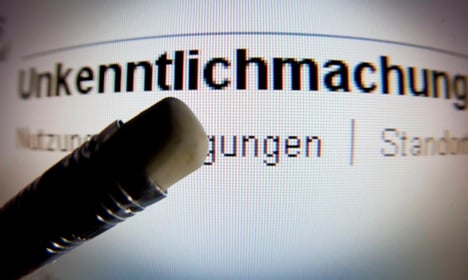 The computer program should prevent the increasingly frequent occurrence of someone being refused a job or running into other embarrassing difficulties after posting a photo that maybe should have been kept private.

Before the user posts the photo, he or she drags it into the application which assigns it an electronic key that is valid for a limited time period, Michael Backes, founder of X-Pire, said this week.

If someone wishes to view that photo later, the server checks whether the photo has “expired” and blocks it from being displayed if its time is up.

Internet surfers already have the power to delete photos from social networking websites like Facebook, but “experience shows that they don’t get round to it,” Backes said.

“Most Facebook users, for example, are passive users. They go on, they put on a lot of private information and almost never come back on or they forget their password,” he said.

“The software is not designed for people who understand how to protect their data but rather for the huge mass of people who want to solve the problem at its core and not to have to think about it any more,” said Backes.

However, it will not protect cautious users against third parties downloading their pictures and saving them.

“When people put photos on line, it’s so they can be seen… our software is not a panacea, not absolute protection,” he said.