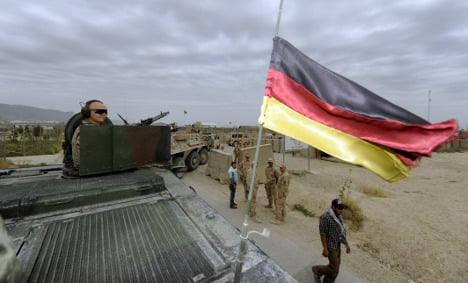 Some 5,000 Bundeswehr troops will remain unchanged along with record-high operational costs of €1.5 billion per year, news magazine Der Spiegel reported.

Cabinet reports also state that “handover dividends” in Afghanistan will be “reinvested,” meaning that once troops leave certain areas under Afghan control, they will be relocated to other areas still in need. The last troops would be scheduled to leave the country completely by 2014.

Making up NATO’s third-largest troop contingent in Afghanistan, the Bundeswehr is based mostly in the relatively peaceful north, but the situation has recently become more dangerous. Forty-five German soldiers have died there.

Opposition party the centre-left Social Democrats (SPD) signalled this week their willingness to approve the new plan, but the environmentalist Greens have said they want a more precise description of the step-by-step withdrawal.

A parliamentary vote on the extension is set for late January.