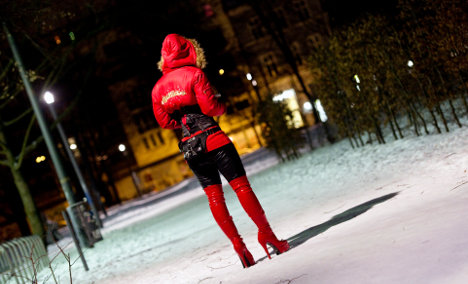 There are some 150,000 registered prostitutes in Germany, with another 250,000 estimated to work off the books, according to daily Der Tagesspiegel.

Though sex workers pay taxes and are entitled to public health insurance and other benefits, their profession remains stigmatised, Stephanie Klee, spokeswoman for the BSD sex worker advocacy group, told the paper.

But Klee, who has worked for some 25 years as a prostitute, said she is cautiously optimistic about the future of the branch.

“Sex work is slowly becoming more similar to other professions,” she told the paper.

Red light district jobs are becoming as specialised as those in other fields, she said.

While some prostitution has become concentrated in large high-end “wellness” brothels such as Berlin’s Charlottenburg district Artemis – which boasts a pool, sauna and buffet – other establishments are focusing on the controversial practice of “flat-rate” prices.

Still other prostitutes, such as Klee herself, focus on providing sex for seniors in retirement homes or for the disabled – an area the BSD spokeswoman said she expects to grow swiftly as Germany’s population ages.

One director of a Berlin retirement home told the paper she would like to create a “room for intimate encounters,” but is still in discussions with the religious organisation behind the operation.

Even large brothels such as Artemis have recognised this potential, making their facilities barrier-free.

“It’s important for us to show that Artemis is outfitted for the disabled,” the company said, touting wheelchair friendly changing rooms and showers, in addition to helpful personnel.

And while such companionship isn’t covered by public health insurers, the terminology, Sexualassistenz, or “sexual assistance,” is already well-known in bureaucratic “insurance German,” the paper said.