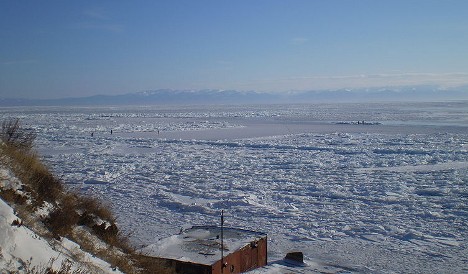 The 37-year-old car mechanic was ill-prepared for the frigid temperatures he encountered while trying to cycle some 300 kilometres from the city of Ulan-Ude to Lake Baikal, the agency said.

He had planned to spend the night in a tent after some 100 kilometres of the journey, but was overcome when temperatures dipped as low as -35 degrees Celsius in the Buryatia.

“I wanted to see Lake Baikal,” Riedel told RIA Novosti. “I didn’t think it would be so cold.”

The adventurer had reportedly cycled through Scandinavia in the past, the agency said, explaining that his experience hadn’t been enough to help him stand up to the “extreme cold” of Siberia.

Riedel, who does not speak Russian, was rescued after a local driver stopped to persuade him to get in his car.

Doctors initially thought they would be forced to amputate some of Riedel’s fingers, but now believe he will recover from frostbite on both his hands and feet, the news agency said.