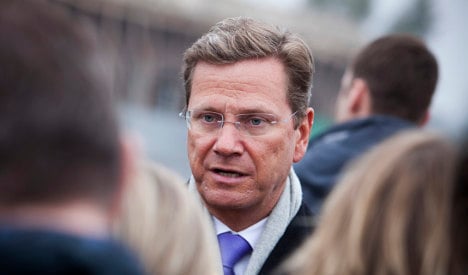 Westerwelle, arriving in Kabul following a visit to neighbouring Pakistan, was due to meet President Hamid Karzai and Afghan Foreign Minister Salmai Rassul.

Germany’s almost 5,000 troops, the third-biggest contingent there, are based mostly in the relatively peaceful north of Afghanistan, but the situation has recently become more dangerous. Forty-five German soldiers have died there.

Westerwelle told parliament in December that the German government wanted to start reducing troop numbers in Afghanistan by the end of 2011 with a view to pulling out of the country completely by 2014.

Yet during his meeting with Rassul, Westerwelle assured him that Germany would not abandon Afghanistan after pulling its troops out, without specifying what form any continuing commitment would take.

He said on Sunday that he expected the vote on January 28, to go in favour of his plan.

Westerwelle’s visit to Afghanistan was kept secret until the last minute – he was in Pakistan where he was due to go to areas affected by the dramatic floods last year. His trip to Pakistan was marked by travel problems – foggy conditions forced him to take a bus rather than a plane.