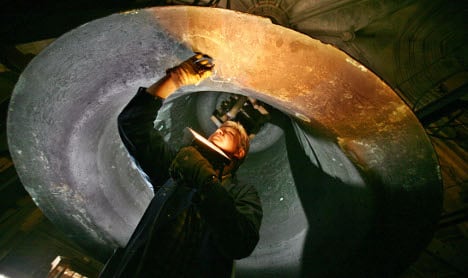 The bronze giant, nicknamed “Decker Pitter” – or “Fat Peter” – by locals in the western German city, stopped ringing after a “really loud noise” was heard in the bell tower on Thursday, witness and bell expert Jen Hendrik Stens said.

“It was pretty clear to me that the clapper had broken,” Stens told broadcaster Domradio.

The bell dates back to the 1920s, weighs a hefty 24 tonnes and measures more than three metres (10 feet) across.

It is only heard on special occasions such as major Christian festivals, making a fine, melancholy low “C.” It sounded on Thursday just as worshippers were arriving to celebrate Epiphany.

Its predecessor was first cast in 1873 from French canons after the Franco-Prussian war, but was melted down in 1918 shortly before Germany’s defeat in World War I to make last-ditch armaments.