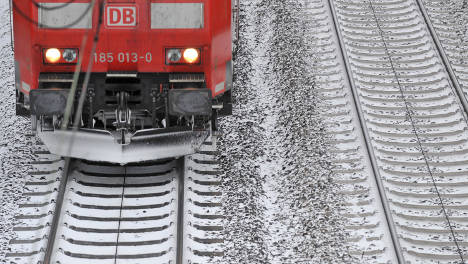 On some routes, the system has broken down completely, leaving medium-sized cities inaccessible by train from neighbouring areas for days. In several states, many regional express and regional trains have been cancelled in succession without replacement.

His counterpart in Lower Saxony, Jörg Bode blasted what he called a “situation that is no longer acceptable.”

State transport ministers plan to address the problems with regional rail transport at an extraordinary meeting on Monday. The Bundestag will subsequently tackle the issue next week.

The scale of the disruptions have shocked commuters, transport associations and state governments in equal measure. There was “massive anger, because despite the experiences of last winter, the system has once again revealed itself to be prone to breakdown now for five weeks,” said an unnamed source at the SPNV association of rail transport operators.

“We had three narrow bottlenecks – for example (the Bavarian alpine town of) Oberammergau has not been reachable by train for three weeks,” said Fritz Czeschka, head of the BEG Bavarian rail provider, which buys services from Deutsche Bahn.

On two further lines in northeast Bavaria, Deutsche Bahn did not have enough snowploughs, making sections of track impassable, she said.

The VVO transport association in the Upper Elbe region reported that Hoyerswerda in Saxony could not be reached for the past few days.

“According to Deutsche Bahn, it’s short of on locomotives, carriages and repair capacity. The company simply doesn’t have enough reserves,” a VVO spokesman said. “Only Deutsche Bahn has problems on this scale, by the way. The private rail companies on our network are running reliably.”