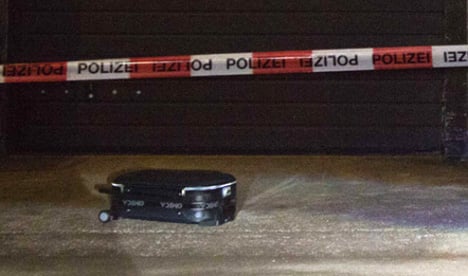 Just a few days old, the healthy baby girl was discovered outside the city’s CCH convention centre near the Dammtor station around 7:30 pm on Tuesday.

Daily Bild reported “a well-dressed man” told CCH doorman Naji Habib: “There’s a suitcase outside, please take care of it.” After Habib had a member of the security staff bring it inside, he heard noises but didn’t think it was coming from the piece of luggage.

“Half an hour later I heard crying again and I opened the suitcase with a colleague,” he told the paper. “There was a pretty little girl, dressed in a romper suit, cap and in a baby sleeping bag.”

The baby was taken to a clinic and pronounced in good health.

The police said the infant had not been delivered in a professional setting owing to how the umbilical cord had been cut.