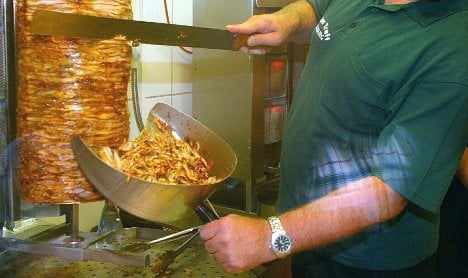 The man was driving home with his wife in a car with diplomatic plates on the evening of December 27 when he flashed his headlights at another vehicle for driving recklessly, according to local media reports.

The driver of the other car then began to follow the diplomat and cut him off at a petrol station. At that point, the German got out of his car and started calling for help just before three men attacked him with the long, serrated knives used to slice the popular Turkish snack döner kebab from spits of rotating meat.

The diplomat, who suffered wounds on his stomach and right leg, was taken to the hospital after the attack. The German embassy reported on Tuesday that the victim was now in a stable condition.

The döner knife assailants have since been arrested and are being held on remand for gross bodily harm. The police do not at the moment suspect a political motive in the attack.

Turkish daily Hürriyet reported the diplomat, who was visited by officials from the Turkish Foreign Ministry and a member of the country’s Constitutional Court, did not blame Turkey for the incident.