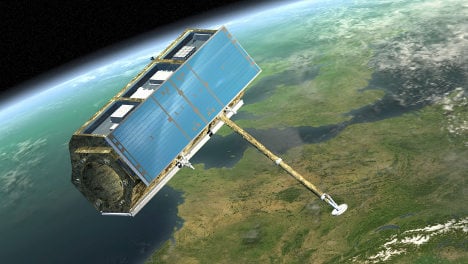 An archive picture of the German satellite TerraSAR-X. Photo: DPA

The project, named HiROS, envisions the construction of an undetermined number of high-resolution observation satellites capable of spotting any object on the planet down to a size of just 50 centimetres (about 1.5 feet), according to classified cables from the US embassy in Berlin leaked to WikiLeaks and obtained by Norwegian daily Aftenposten.

The satellites will have the capacity to take infrared images at night and to send images much quicker back to earth than the satellites currently in service, the cables showed.

Due to the controversial nature of the programme, US and German officials have decided it should be presented as a civilian project with environmental aims, run by commercial entities.

But in reality it is “under the total control” of German intelligence service BND and the German aerospace centre DLR, the cables showed.

A DLR spokesman on Monday denied HiROS, which stands for High Resolution Optical Satellite System, was a spy satellite.

“The purpose of HiRos will be to transmit data for public services, for example for crisis management in natural catastrophes,” Andreas Schuetz told AFP in an email.

“HiROS is not a spy satellite nor a secret project,” he said.

The US embassy cables quoted in Norwegian by Aftenposten cover a period from February 2009 to February 2010. They also show that some countries, “especially France,” have tried to stop the project with every means possible.

The opposition from Paris however appears to have been brushed aside by German officials, who according to the cables, said they were sick of being “outmanoeuvred by France.”

“Absolutely no cooperation is planned with France or any other EU country when it comes to the HiROS project,” DLR executive Andreas Eckart was quoted as saying.

According to Aftenposten, the satellites would cost an estimated €205 million ($274 million) and were scheduled to enter service between 2012 and 2013.

Officially, France and Germany are involved in the common Multinational Space-based Imaging System (MUSIS), along with Belgium, Spain, Greece and Italy.

Contacted by news agency AFP, the US embassy in Oslo refused to comment on any information emerging from the some 250,000 US diplomatic cables leaked to whistleblowing website WikiLeaks. The German embassy also refused to comment.

WikiLeaks has so far only made public around 2,000 of the cables in its possession, in cooperation with publications El Pais, The Guardian, The New York Times, Le Monde and Der Spiegel.

Aftenposten, however, said last month it had obtained all the diplomatic documents and would publish stories based on them independently of WikiLeaks’ own releases.