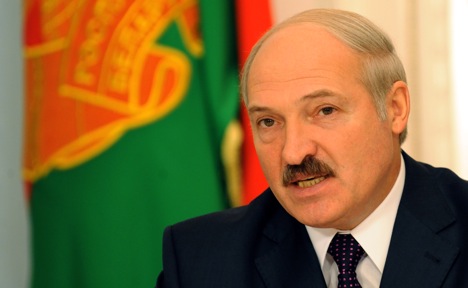 Belarus ordered the closure of the Organisation for Security and Cooperation in Europe’s Minsk office in an apparent response to the transatlantic security group’s stinging criticism of polls swept by President Alexander Lukashenko.

“The decision to close the OSCE’s office is a new step backwards for the rule of law and human rights in Belarus,” German Foreign Minister Guido Westerwelle said in a statement release late Friday.

“With its authoritarian direction, the government in Minsk is separating the country even more from European values of freedom…. We will discuss with our partners what consequences are required in the face of the Belarusian government’s voluntary policy of isolation and the worrying human-rights situation in Belarus,” he said.

OSCE monitors issued a damning report on the December 19 presidential polls that listed a litany of vote count violations.

The move to close the group’s office came as Belarus still holds hundreds of opposition supporters arrested in a mass protest against the polls in a crackdown decried by the West.