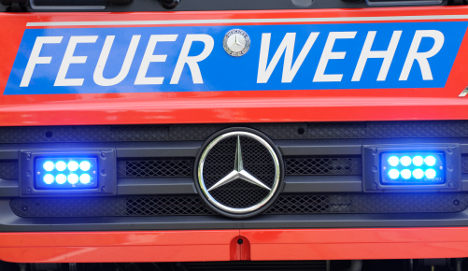 The youths in the city of Gladbeck have twice been snapped giving the salute, consisting of an outstretched right arm, in front of cameras, daily Bild reported.

One incident happened during a fire brigade camp in the Recklinghausen district and the other during a group holiday in Austria.

Fire Department chief Josef Dehling told Bild: “It is an absolute shock. These explicit photos shook me. The pictures are a catastrophe for us. Such ideas don’t belong here – not now, now ever.”

The pictures were taken in 2008 but have just now come to light. One was a picture of at least seven youths lined up on a balcony giving the salute during a week-long holiday in the Austrian town of Wagrain, near Salzburg.

“An older youth pushed the others into giving the pose,” Dehling said.

The 19-year-old has since left the fire service.

A second picture, from the camp in Coesfelder, Recklinghausen, shows several older youths, two of whom were camp leaders, giving the salute.

“It will certainly have severe consequences,” Dehling said. “Nothing is being swept under the carpet here. We immediately went on the offensive, asked the youths and their parents come in here and had a talk with them.”

Dehling insisted there was not an ingrained Nazi problem in the region’s fire service.

“But it would not be enough just to shrug it all off as a bad joke. We won’t put up with right-wing extremist ideas and we will now explain this to the youths in conversations and lectures.”

Police and state authorities were also involved in educating the youths, he said.