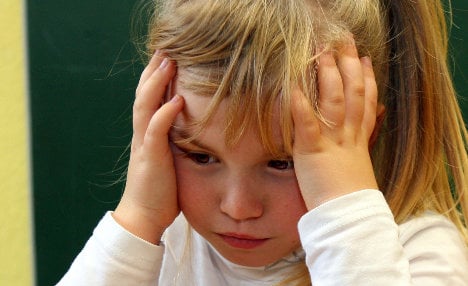 The GEMA, the German musical copyright monitoring body, has written to 36,000 of the nursery schools telling them they have to fork out to photocopy song texts and to keep a proper record of which ones are sung.

Kindergartens and MPs were incensed, with the mass-circulation Bild daily calling the move “bureaucratic madness.”

A spokeswoman for the Paritätischer Wohlfahrtsverband Hamburg, an association representing 280 kindergartens, told daily Der Tagesspiegel that the GEMA’s demand was “petty, over the top and utterly inappropriate.”

Sybille Laurischk, family affairs committee head in the federal parliament, told Bild that kindergartens should be exempt, while Heiko Mass, head of the

Social Democrats (SPD) in the western state of Saarland, called it a “rip-off.”

GEMA spokeswoman Bettina Mueller defended the demand, telling news agency AFP that the cost was a modest €56 ($74) for 500 copies for state-run kindergartens, or €46 for institutions run by churches.

“We are talking about small quantities because most of the time the photocopies are given to parents so they can sing along with their children,” Mueller said.

“The children can’t read and don’t need photocopies in order to learn the songs by heart.”

The GEMA wants all the various state, private and religious organisations that operate kindergartens to sign a contract giving the owners of the rights of songs a lump sum every year, in the same way that schools do.