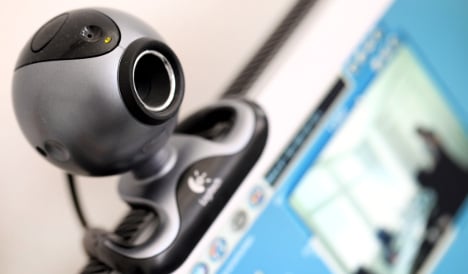 From January to September this year, about 1,600 such attacks against government computers were counted, the WAZ group of newspapers reported. That was nearly double the 900 counted in the first nine months of 2009.

Furthermore, the Federal Office for the Protection of the Constitution (BfV), which has responsibility for domestic intelligence, believes there has been an increase in unreported cases.

The cyber-spies are trying to access political, military and economic data. State employees in China are behind a large share of the attacks, a spokeswoman for the BfV told WAZ.

The Chinese hackers send emails with attachments that, when opened, install a ”spyware” program on the German computer and establish a connection with China so that data can be transferred.

The latest BfV report on cyber-attacks acknowledges that the hackers are getting the upper hand.

“The advantages on the Chinese side seem to predominate,” it said.

The attacks are causing such concern that the Interior Ministry is now planning counter-measures.

“We urgently need a national cyber-defence centre that monitors and aims to safeguard the security and the integrity of the internet – under control of the federal Interior Ministry,” Interior Minister Thomas de Maizière told news magazine Der Spiegel recently.

De Maizière plans to put forward a detailed plan this year for such a cyber-defence centre. The government fears that hackers in future may try not only to access information but also to attack important systems such as the electricity grid or power stations.