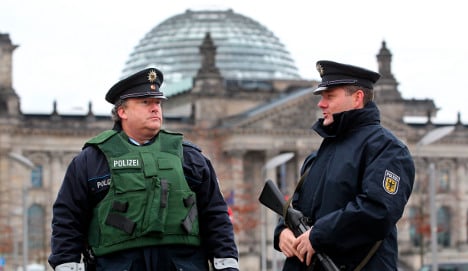 The daily Berliner Morgenpost reported late Sunday that an assessment of Reichstag security in the wake of recent terrorism warnings found serious flaws including the existence of tens of thousands of security passes in circulation. The passholders are only randomly checked by security officers.

Authorities plan to cut the number of passes being issued. Only people who can show they need such “privileged access” will be granted a special pass, the paper reported.

In November, police closed the Reichstag’s dome and roof to visitors – excepting those who had booked in advance – after Interior Minister Thomas de Maizière warned that the government had “concrete” indications that Islamic extremists were planning an attack in Germany, with the Reichstag named as a possible target.

A section of the Bundestag administration called ZR3 (Police and Security) conducted a thorough assessment of the building’s security. The review found that there were “about 18,400 valid, personally assigned Bundestag passes … in circulation.” On top of that, there were a further 4,500 passes for journalists.

Ordinary visitors have their bags and jackets X-rayed or searched. The Reichstag building is expected “in the medium term” to have a new visitor centre to cope with those casual visitors.

But the regular visitors who hold passes are only randomly checked – a fact that the review deemed a serious security risk.

“We will have to consider how we can reduce the number of people who are walking around the building of the parliament with an all-too-easy to obtain pass,” Bundestag vice president Wolfgang Thierse told the paper.

The Bundestag administration is also concerned that terrorists might have already got access to passes when they were given out with little scrutiny and could use these to access the building.