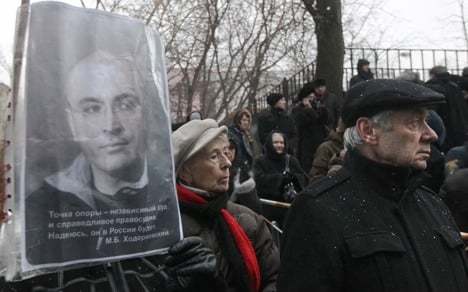 “We are following closely like a number of other countries the trial of Khodorkovsky,” Ulrich Brandenburg told Interfax news agency, two days before the reading of the verdict.

“This issue is often raised in our discussions with representatives of business. I am not going to hide that it has caused concern,” said the ambassador.

“It must be said that this trial is considered a test of the rule of law in Russia. We are following with great interest the outcome of the trial,” said Brandenburg.

Once the country’s richest man, Khodorkovsky, 47, is already serving an eight-year sentence for fraud.

This time he is on trial on charges of money laundering and embezzlement that could see the head of the now-defunct Yukos oil giant receive another 14-year jail term.

Khodorkovsky’s supporters see him as a martyr punished for daring to challenge strongman Vladimir Putin.