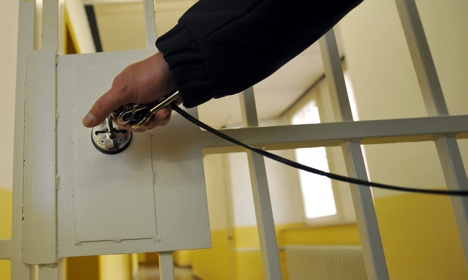 Zoran Obradovic was arrested several weeks ago and a Frankfurt court authorized his extradition to Serbia but he has appealed to the German constitutional court, the spokesman said late on Saturday.

Obradovic belonged to the paramilitary Cakali (Jackal) unit, nine of whose members went on trial in Belgrade on Monday for crimes committed against ethnic Albanian civilians during the 1999 Kosovo conflict.

They are accused of having killed at least 43 civilians in the village of Cuska, near the western Kosovo town of Pec, on May 14, 1999.

According to the indictment, the defendants committed murders, rapes and robberies in an “extremely brutal” way, with “the main goal to spread fear among Albanian civilians in order to force them to leave their homes and flee to Albania.”

The atrocities were committed during NATO’s 11-week bombing campaign against Serbian forces under the command of late strongman Slobodan Milosevic waging a violent crackdown on separatist Kosovo Albanians.

The prosecutor claims that members of the unit are responsible for the murder, among others, of Hasan Ceku, the father of the former Kosovo prime minister and wartime commander of the Kosovo Liberation Army, Agim Ceku, as well as several members of his family.

Seventeen other people, still at large, are suspected to have participated in the crime and Interpol has issued arrest warrants for them, according to the prosecutor’s office, but it is not known if this includes Obradovic.

The conflict in Kosovo claimed some 13,000 lives, mostly ethnic Albanians.