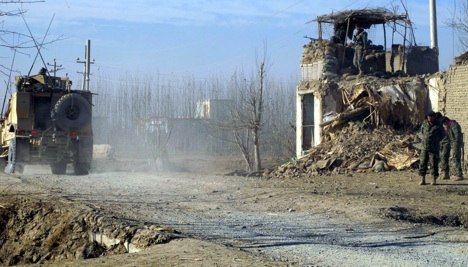 Merkel said on Saturday she “condemned the attack in the strongest terms,” and sent condolences to the bereaved family of the man.

The aid worker, an adviser for German development bank KfW, was fatally injured when the vehicle he was travelling in was shot at.

Four people were in the vehicle, a Development Ministry statement said. An Afghan travelling with him was also injured.

The injured KfW adviser was taken to a German army base for treatment, but died of his wounds soon after.

The worker was reportedly helping with a project to build a road between the towns of Kholm and Kunduz in northern Afghanistan.

The Taliban claimed responsibility for the attack on Saturday, with a spokesman saying they had killed a German citizen.

Niebel expressed sympathy for the man’s family, saying, “This cowardly attack, which is directed against the interests of the local community, shows once again the dangers of civilian reconstruction in Afghanistan.”