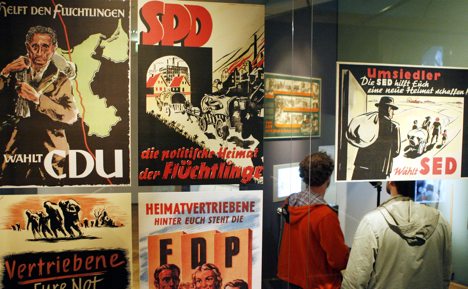 She added that the Foundation for Escape, Displacement and Reconciliation (SFVV), which is organizing the museum, is not fulfilling its role, and the museum as currently conceived will damage Germany’s reputation abroad.

Jochimsen claimed that the absence of representatives from the councils of Jews or Roma and Sinti blatantly contradicted the SFVV’s mission. The Left party is calling for the foundation to be re-formed from scratch by a parliamentary committee with contributions from international academics, particularly those from Poland, Czech Republic and Slovakia.

The SFVV has been consistently dogged by controversy, particularly because of the involvement of Erika Steinbach, president of the Federation of Expellees. Her presence on the SFVV board was heavily criticized in Poland, because of her 1991 demand that Germany not recognize its current eastern border.

Steinbach, a member of the Christian Democratic Union (CDU), was forced to withdraw from the board in February 2010 after a stubborn row.

German Minister of State for Culture Bernd Neumann said the SFVV was now working well and back on course after the conflict over Steinbach. The board is set to convene in January to discuss the content of the exhibition. Neumann said the board agreed on the principle that causes and effects would be clearly represented.

But the minister admitted that the museum would be unlikely to open before 2013, because the agreed venue for the museum, Berlin’s Deutschlandhaus, is still in use. “I don’t think it can be managed in this legislative period,” the CDU politician said.

IMMIGRATION
Germany could have 86 million people by 2030, report claims
Url copied to clipboard!