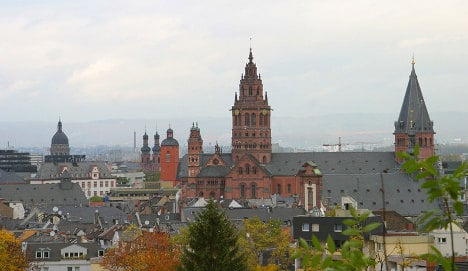 While such a magnitude is rated as “minor” on the Richter scale, the quake seized the attention of experts because it reached a strength that is very rare for the area.

Residents of the Wiesbaden and Mainz were startled by the deep rumbling that one observer likened to “a train or a truck were driving past the house.”

Another observer compared the noise of the quake to “a railway train … approaching,” followed by a dull boom.

The quake occurred at 2:36 am and lasted a few seconds.

Wiesbaden police said they received about 40 emergency calls. There were no initial reports of injuries, nor of serious damage to buildings.

An aftershock measuring 2.8 rippled through the area at 6:53 am.

The epicentre was around the town of Finthen, just west of Mainz and the quake’s effects were felt for a radius of about 20 kilometres.

Experts said an earthquake of a 3.5 magnitude is a rare phenomenon in the region, according to the Hessian Environment Ministry. The area lies along a seismically active zone associated with the Rhine Rift Valley, which stretches from Basel in Switzerland to the Benelux countries.

Serious earthquakes are rare in Germany, though blasting in coal mining areas of Saarland are known to trigger tremors. A quake measuring 4.0 on the Richter scale in Saarwellingen in 2008 reportedly knocked over chimneys and caused power outages, sparking protests against coal mining.