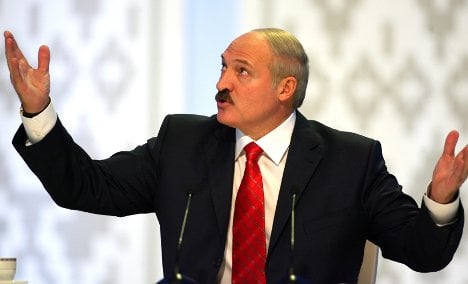 “The Belarus leadership is pushing its own country into isolation with its behaviour. This undemocratic, backward-looking course harms most of all the people in Belarus,” Westerwelle said in a statement.

“A country where elections are rigged and people are locked up en masse … is not a suitable partner for the European Union,” added the minister.

Belarus on Tuesday jailed 600 demonstrators detained during a mass rally against the re-election of President Alexander Lukashenko, defying fierce Western condemnation of the bloody crackdown.

The United States and the European Union have led a chorus of international condemnation against Belarus in the wake of the unrest.

Berlin summoned Minsk’s ambassador on Tuesday “to express Germany’s demand that all those arrested are immediately released and that dialogue with the opposition is begun,” the Foreign Ministry statement said.

Westerwelle said he had discussed the “worrying developments” in Belarus on Tuesday with US Secretary of State Hillary Clinton.