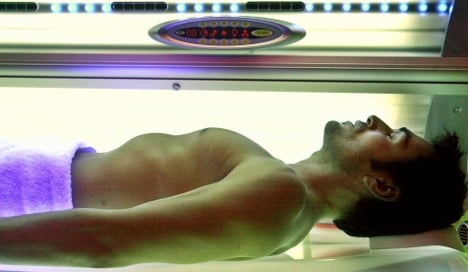 The federal government is planning a clampdown that includes forcing salons to have trained staff – an effective ban on so-called self-service salons at which customers insert money and operate the machine on their own.

Salons will also have to erect warning signs about the risks of too much ultraviolet light, which is known to cause melanoma skin cancer, daily Saarbrücker Zeitung reported.

The crackdown by the Environment Ministry will also force salons to limit the power on tanning beds, meaning 90 percent of solar lamps on such beds in Germany would need to be replaced or converted to a lower power.

In July 2009, the International Agency for Research on Cancer – part of the World Health Organisation – issued a report warning that tanning beds were “carcinogenic to humans.”

There are about 4,000 tanning salons in Germany with an average of seven beds each, according to government figures. There are also thousands of beds in hotels, gyms and at public swimming pools. The total number of beds is therefore estimated at about 45,000.

The incidence of skin cancer among Germans has roughly doubled in the past 10 to 15 years, the Environment Ministry says. In no other country was “artificial UV radiation so commonly used as in Germany,” its draft bill for the clampdown states, according to the Saarbrücker Zeitung.

Last year, the government banned the use of tanning salons by people aged under 18.