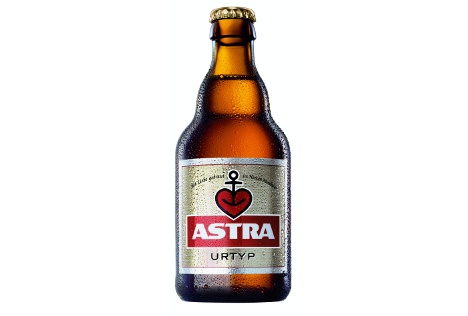 How do you build a cult brand like Hamburg’s Astra beer? “First, you need to go bankrupt,” said Hermann Crux, vice president of marketing for Astra, which is now owned by Carlsberg Deutschland. “That’s what I tell other industry suppliers, when they ask me how we did it.”

Popular with harbour workers and regular folks, the hundred-year old Astra was just another local beer until 12 years ago. Brau & Brunnen, the company that owned the brewery, was suffering from severe financial difficulties, and announced they were going to close the Astra brewery. Though few would argue it was Germany’s best beer, there was an uproar: Hamburgers, it quickly became clear, felt strongly that Astra was theirs. “There was a kind of, ‘we are not accepting this,’” said Crux.

In a highly unusual move, the city of Hamburg intervened. They bought the brewery, effectively making Astra public property. With the mayor as CEO, the city of Hamburg ran the brewery for a year while another solution was cooked up. The final decision, which under other conditions would have been hard to swallow, was that rival brewery Holsten, owned in turn by Carlsberg Deutschland, bought the company.

Next, Astra started working on a new image. Out with the old ads – featuring robust middle-aged couples smiling in front of a church steeple – and in with the new. The revamped Astra’s first ad was a young, hip but tough guy with longish hair pulling down his lower lip where you see he has tattooed “Astra” along the inside. (Ouch!).

“More traditional customers might have said, ‘ok, I don’t like this Schanze guy with a tattoo on his lip, but they’re fighting to survive,’” said Crux of how the new campaign, geared to the kind of alternative crowd the city’s Schanze quarter is known for, was received by Astra’s public. “So they accepted it.”

Astra also sponsored the FC St. Pauli football team, a team known for their fiercely independent, left-wing fans. “It was a perfect fit,” said Crux, who added that St. Pauli still does things their own way, sponsorship or no sponsorship. “They don’t pick up the phone, just because you’re giving them a lot of money. You have to go over there, drink some beers, then you can talk business,” he said.

The provocative ads have succeeded in creating an attitude that’s made the beer a remarkable success beyond Hamburg’s borders. Thanks to ads featuring, say, like two transvestites in sequins and feathers and a joke about private parts, Astra’s sales have increased while most of the sector has declined. Astra became profitable enough to raise prices slightly.

And, in a country in which every region has its own beer, ads like the one in which an attractive woman with a very enhanced bust holding a crate of newly-designed bottles, with the tongue-in-cheek tagline, “Some work has been done, here,” has helped Astra gain market share in urban centres and university towns outside of Hamburg. (Angry feminists called to complain about the cleavage ad, but Astra argued that this, like all their ads, was provocative without being degrading or negative. Also, the ad was thought up by a female team). “This is the only job where I get calls from feminists, or where I have to call the police,” said Crux.

The police? Yes, Astra recently launched a campaign that has to do with the Hamburg police force. “It’s not a beer, or a brand,” said Crux. “It’s a character.” Na, prost!