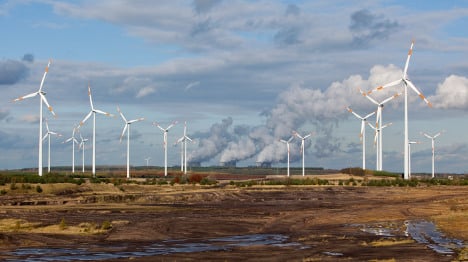 Hans-Joachim Ziesing, chairman of the Climate Policy Advisory Group to the city-state of Berlin, said early figures suggested output of the greenhouse gas carbon dioxide (CO2) had risen noticeably as the economy picked up.

The abysmal weather, with plummeting temperatures both at the start and the end of 2010, also contributed to the enlargement of Germany’s carbon footprint, Ziesing said.

“With the combination of a good economy and the intense cold we had two factors that have pushed up emissions,” said Ziesing, who has been charting German emissions for several years.

Overall, it had been about 15 percent colder this year than last year, he said. This pushed up the environmental cost of home-heating.

However, emissions still total less than they did in 2008, the year before the financial crisis, Ziesing said. The recession cut CO2 emissions by about 7 percent.

“We had a dramatic dent,” Ziesing said.

Nor was Germany’s commitment to the goals set by the Kyoto protocol in any serious danger despite the latest rise, he said. By the end of 2009, Germany’s emissions sat on about 25 percent less than 1990 emissions, according to official figures.

Under its commitment to Kyoto, Germany must stay on average 21 percent below 1990 figures for the years between 2008 and 2012.