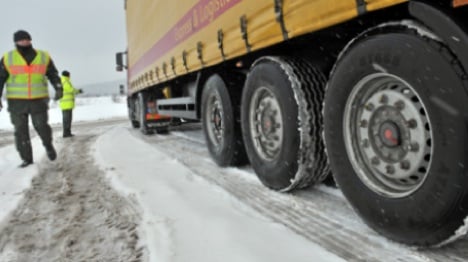 “The same people who were against compulsory winter tyres are now calling for a tightening of the rules,” Ramsauer said on Saturday. He also pointed out that winter tyre rules had recently been changed.

The chairman of the parliamentary transport committee Winfried Hermann of the Green party called for compulsory winter tyres on lorries and buses in Saturday’s edition of the Neue Osnabrücker Zeitung.

He was backed up by the deputy head of the parliamentary Green party Bärbel Höhn, who said in an interview with the Rheinische Post, “The government wanted to spare the shipping companies, so they didn’t impose a thorough winter-tyre requirement.”

New road regulations were altered at the end of November, after a higher regional court in the state of Lower Saxony criticized the existing law as too ambiguous and ineffective. The regulations previously only stipulated “adequate tyre equipment” and “appropriate fittings.” Ramsauer then changed regulations to winter tyres.