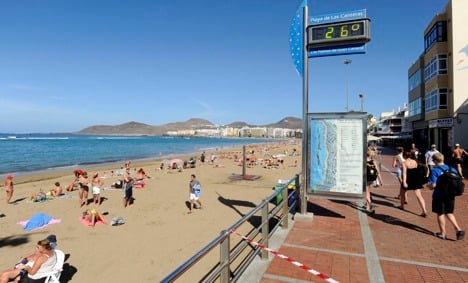 The suspects offered the timeshare owners generous amounts of money to buy their shares but demanded payment of what turned out to be non-existent fees before the deal could be completed, it said in a statement.

“The sale of the timeshare would not take place and the scammers would disappear with the money that was advanced by the victims through bank transfers or money wiring services,” the ministry said.

With help from the German embassy in Madrid, Spanish police were able to identify more than 2,000 victims of the scam.

One suspect was detained on the island of Gran Canaria while the rest were arrested on Tenerife, one of the largest of the seven islands that make up the Canary archipelago in the Atlantic Ocean.