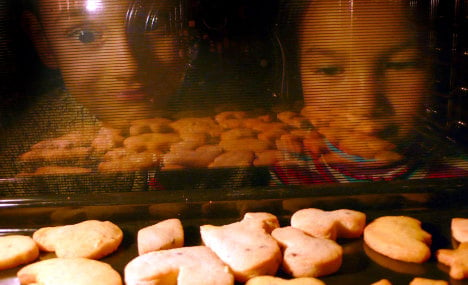 Put down the butcher knife, The Local has gathered the best advice from our friends, the web, and our English-language forum Toytown, so holiday bakers won’t be caught endlessly wandering the narrow aisles of German supermarkets fuelled only by a Grinch-like rage.

The most common question: Where can one find vanilla extract?

Many people stock up on this precious ingredient on trips back home, but it’s not that hard to find if shoppers know where to look. Not to be mistaken for German Vanille Aroma, which only smells like the real deal, it has been spotted in the spice sections of specialty food stores and large shopping centres such as Berlin’s KaDeWe and Hamburg’s Alsterhaus. Some health food stores, along with Chinese and Indian groceries are also a good bet, as are online food shops. Just search for Vanilleextract. Yes, it will probably be a bit expensive, but Grandma’s favourite cookie recipe done right? Mmmmmm, worth it.

Should vanilla hunters come up short with those options, they can always substitute the next best thing, powdered vanilla, or Vanillepulver, usually found in most natural food stores. Failing this, a third option would be using one packet of Vanillezucker, or vanilla-flavoured sugar, for each teaspoon of extract called for in their recipe. The bourbon variety, which uses real vanilla bean, is the tastiest.

What about soft brown sugar?

Unless shoppers find this at Asian groceries, or online, it’s best to tackle the homemade version, because dry brown sugar just doesn’t compare.

Simply add molasses (Melasse) or sugar beet syrup (Zuckerrübensirup) to regular granulated sugar. Depending on the desired consistency, mix in two to three tablespoons per cup of brown sugar called for in the recipe. It sounds easy, but be prepared for a work out to blend properly. Try mashing the mixture against the sides of a wide bowl with a fork for best results.

How does one distinguish between baking soda and baking powder?

Baking soda is called Natron, or Haus Natron, and the most common brand comes in white and green paper sachets labelled Kaiser Natron found in the baking section of most supermarkets. Those longing for Arm & Hammer from back home will probably find it in the US food section at major department stores.

Baking powder is called Backpulver, and can also be found in little sachets in the baking section.

But remember that German Backpulver is single-acting, not double-acting like North American baking powder. This means bakers must use a good deal more to achieve desired results, so finding a brand from home is always preferabl

If that’s not an option, substitute ¼ teaspoon baking soda plus ½ teaspoon cream of tartar for each teaspoon of baking powder called for in your recipe.

There are so many different types of flour, which one is best for baking?

The closest equivalent to all-purpose white flour is Mehltyp 405, found at every supermarket. Self-rising flour can be found at some Asian groceries, but there are also simple recipes available online.

What about pre-made pastry shells and dough?

Pastry dough commonly found in the freezer or refrigerated section at both supermarkets and Turkish markets includes Blätterteig, similar to Filo or Phyllo dough, and puff pastry dough. Short crust pastry dough used for tarts and pies is called Mürbeteig, but may be a bit harder to find.

Graham cracker crust lovers will be disappointed by their scarcity, but Leibniz Vollkorn crackers are a tolerable substitute.

Ready-made pie crust has been spotted at KaDeWe for almost €10, but crusts are a skill any self-respecting baker should have. Perhaps this holiday season in Deutschland will be a good excuse to learn.

The closest equivalents are Biskin and Sanella, found next to butter in the supermarket.

Order them online, pay triple their value at the American food section of your local Kaufhof, or make your own. Simply chop up a few bars of Zartbitter chocolate for a delicious substitute for semi-sweet chips.

If bakers failed to bring their own measuring cups and spoons to the Fatherland, they can still be found in baking supply sections of most stores. If not, learn to love online conversions. You can enter them straight into Google for an instant answer.

And remember to look up the German words for ingredients before shopping – never rely on the sales staff for guidance.

Did we forget something? Email us with your baking tips.