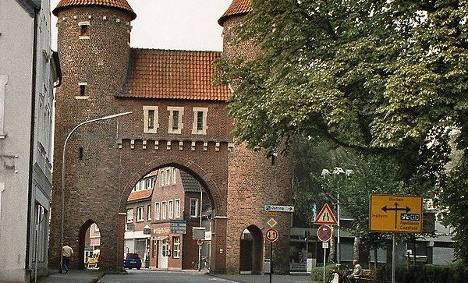 Centre-left Social Democratic council group leader Waltraud Bednarz wrote in her September proposal to remove Hitler from the list that the action was not necessary, but “more that appropriate.”

Honorary citizens lose their title at death, but Bednarz argued that the names of other former recipients of the title should not be tarnished by association.

“We don’t want to put the others in a row with Hitler and want to finally remove this honorary citizenship,” she said.

The town is not alone in expunging the embarrassing detail from their records.

Historians estimate that Hitler was named an honorary citizen of about 4,000 German communities before his death, but there are no official figures on how many towns and cities have actually rescinded the title.

This is due to the fact that many official records were destroyed during World War II, said historian Thomas Schaarschmidt from the Potsdam centre for historic research (ZZF).

But even in the cities where records survived, it took decades for them to countermand the honour, he said.

Hitler wasn’t taken off Düsseldorf’s list until 2000. And in Bad Doberan, where the 2007 G8 summit was held at Heiligendamm, officials didn’t get around it until shortly before the event began. The city of Gladbeck near Münster just took care of it last week.

“Most of the cancellations go back to the 1990s,” Schaarschmidt explained, though some cities, such as Emmerich, did have war criminals removed as early as 1946.

“But there were decisions to leave Hitler on the lists for historical reasons,” Schaarschmidt added, explaining that some cities wanted a record of how they had been mired in Nazi politics.

But Dülmen’s move is long overdue, he said, calling it an important “symbolic act.”