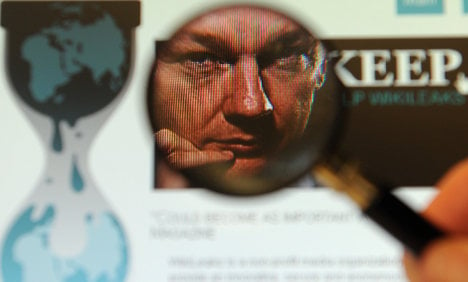 “The internet is a new form of spreading information,” it said. “It must enjoy the same protection as traditional media.”

The political and economic pressure put on Wikileaks following its publication of thousands of confidential US diplomatic cables has been “inappropriate” the statement said.

While there may be good reasons to criticise the release, but taking action against the “journalistic medium” was a form of intolerable censorship, it added.

“The state is not an end in itself and must endure a confrontation with its own secrets,” it said.

Pressure by the US government for large international companies such as MasterCard, PayPal and Amazon to end their cooperation with Wikileaks reveals a “shocking understanding of democracy in which freedom of information is only valid when it doesn’t harm anyone.”

“Journalism has not only the right, but the duty to check the state and illuminate the mechanisms of government business,” the statement said, calling on businesses and governments to end their attempts to silence the site.

A translation of the full statement follows.

United Nations Universal Declaration of Human Rights, Article 19: “Everyone has the right to freedom of opinion and expression; this right includes freedom to hold opinions without interference and to seek, receive and impart information and ideas through any media and regardless of frontiers.”

1. The attacks on Wikileaks are inappropriate

The Internet publication platform Wikileaks has, since the publication of the secret U.S. embassy cables, come under great pressure. In the U.S., Wikileaks leaders were named “terrorists,” with even calls for their assassination. Big international companies like MasterCard, PayPal and Amazon ended their cooperation with Wikileaks – without charges having been issued against the organization, let alone a conviction. At the same time the technical infrastructure of Wikileaks has been subject to anonymous attacks over the Internet.

These are attacks on a journalistic medium in response to its publications. One can criticize these publications with good reason. But we are against any form of censorship by government or private agencies. If Internet companies can use their market power to prevent a news organization from publishing, this would mean democracy is defeated through economic means. These attacks show a disturbing idea of democracy, where freedom of information exists only for as long as it hurts no one.

2. Freedom of publication applies to Wikileaks

In the Universal Declaration of Human Rights, freedom of publication is evidenced as a foundation of democratic societies. It applies not only to traditional media like newspapers or television. The Internet is a new form of information dissemination. It must enjoy the same protection as traditional media. It would cause a global outcry if the U.S. were to bring an espionage case against the New York Times, a financial crusade against Der Spiegel, or an attack on the servers of the Guardian.

3. The right to control the state

The criminalization and prosecution of Wikileaks goes beyond this individual case. There are calls for the publication of confidential information in such quantities to be prevented. Indeed, the volume of documents revealed to the public a much deeper insight into state action than former publications in top media. Journalism has not only the right but the duty to control the state and to elucidate the mechanisms of governance. It creates transparency. Without transparency, there is no democracy. The state is not an end in itself, and must withstand a confrontation with his own secrets.

We, the initiators and signatories demand a stop to the persecution of Wikileaks, contrary to international law. We call on all States and all companies, to oppose the campaign against civil rights. We urge all citizens, public figures or not, in political positions or as individuals, to take action to stop the campaign against freedom of expression and freedom of information. We invite everyone to participate in the call for media freedom.

The first signatories of this appeal: