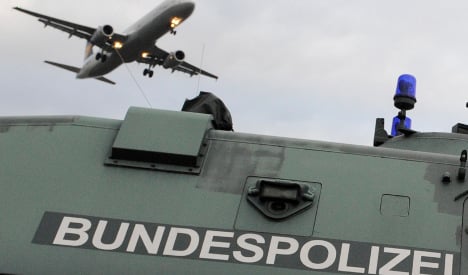 Uwe Schünemann of the Christian Democratic Union (CDU) said the plan to amalgamate the federal office of criminal investigation (BKA) with the federal police (BPOL) to create a new mega-force would not improve security but rather lead to squabbles over responsibility.

“I believe that the states are completely against it,” he told broadcaster Deutschlandfunk.

The fusion would not lead to greater security but rather to turf wars, “and that must not happen,” he said.

Under the constitution, a vote of the interior ministers’ conference – made up of state ministers and the federal minister – would be needed to approve the reforms, Schünemann said. He added that he could not envisage federal Interior Minister Thomas de Maizière trying to push through the plan against the will of the states.

De Maizière expressed support for the merger after it was recommended last week by an expert panel led by former domestic intelligence chief Eckart Werthebach. For the past 60 years, BPOL and the BKA have been separate but the overhaul would bring BPOL’s 41,000 staff and the BKA’s 5,300 officers under one roof.

The BKA is an investigative force that pursues crimes that are national and international in scope, such as organised crime. Most regular investigative police work is done by the various state police forces.

But De Maizière faces opposition also from other quarters. The BKA reportedly does not want to be absorbed under the roof of the BPOL.

Schünemann also criticised the communications approach by his party colleague de Maizière, pointing out that state ministers had learnt of the plan only through the media.

The interior affairs spokesman for the centre-left opposition Social Democrats, Dieter Wiefelspütz, went as far as to demand the plan be scrapped.

“You can’t bring the established security officials together against the opposition of the officers,” he told the Kölner Stadt-Anzeiger’s Tuesday edition. “You need compelling reasons for a fusion. Otherwise you won’t carry it off.”

Hans-Peter Uhl, interior affairs spokesman for the parliamentary group of the CDU and the Christian Social Union, said the plan would come together. He told the Kölner Stadt-Anzeiger that threats of opposition were without substance.