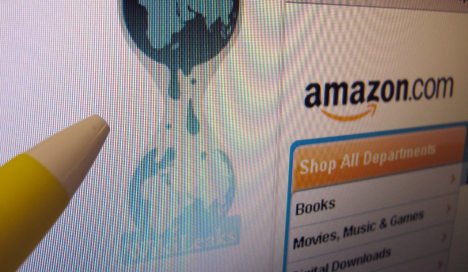 Along with several other western European countries, Germany’s Amazon.de could not be accessed for an extended period of time – a serious blow during the busy Christmas shopping period.

It was not certain that hackers caused the crash and Amazon blamed the problem on a hardware fault. However, Amazon is thought to be a target for so-called “hacktivist” supporters of the whistle-blower internet platform.

Wikileaks also could not be accessed in France, Britain and Spain.

Amazon had previously banned Wikileaks from its servers. Critics have suggested they did so under pressure from the US government, though Amazon denied this, saying that Wikileaks breached the internet firm’s conditions of use.

On Thursday, supporters of Wikileaks attempted en masse to paralyze Amazon, though they were particularly focused on the US site.

An Amazon spokesman told the news agency Reuters on Monday that the problem had been the result of a “hardware failure” and nothing to do with hackers.

Over the past two weeks, Wikileaks has been gradually releasing hundreds of thousands of confidential cables between US embassies around the world and the State Department in Washington, many of which contained embarrassingly blunt US assessments of foreign leaders.