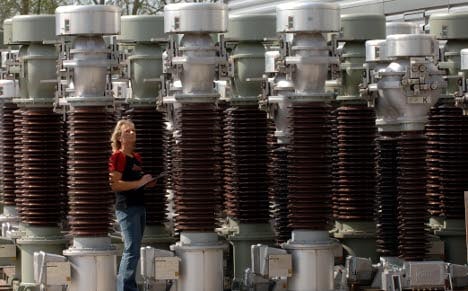 The walls of Ofelia Pardo’s small apartment on a scruffy street in the Berlin district of Kreuzberg are covered with paintings – products of the seven years Pardo spent studying fine arts, design and teaching in her home country Peru.

Skillfully made sculptures stand on every available shelf.

“I always just wanted to teach art to children,” she said. “But instead I ended up having to work as a cleaner, a waitress, a nanny, whatever I could get. I just needed the money.”

Pardo, 51, came to Germany in the late 1980s with her then husband. There was no such thing as “integration courses” back then, so she taught herself German.

But as with many foreigners in Germany, she could not get her qualifications recognised. She was left with no choice but to do odd-jobs and unskilled casual work.

Eventually, she managed to get work as an Erzieherin in a primary school – meaning she looked after the children but was not a qualified teacher. She says she was paid €1.50 an hour. It just wasn’t worth it.

Today, she is divorced with a 19-year-old daughter and is languishing on Hartz IV welfare benefits.

But she is making a renewed effort to get her degree accepted in Germany. She has sent the relevant information to the Berlin authorities and is waiting to hear back. “They said it would take two months,” she said. “It’s been six.”

Pardo’s situation epitomises the kind of waste of human capital that Germany has come face to face with lately. Staring at a yawning shortage of skilled workers, Europe’s largest economy needs to do more to recognise the qualifications of immigrants already here who are unable to work in their chosen professions, while also attracting many more skilled immigrants to settle here, experts say.

The federal government has now drafted a long-overdue law to improve the system for evaluating and approving foreign credentials. By the government’s own estimate, some 300,000 underemployed immigrants could then return to the professions for which they were trained.

It is one step, experts say, in what needs to be a comprehensive immigration policy reform if Germany is to reverse its demographic decline and prepare its skills-dependent, export-driven economy for the future.

Under the new law, foreign nationals will have an enshrined right to have their qualifications assessed fairly and promptly – something they haven’t had before. The law means that government officials will be required to evaluate foreigners’ qualifications within three months and explain precisely what those qualifications equal under the German system.

Furthermore, the evaluation process will be standardised so that a person doesn’t get a different answer in, say, Munich compared to Bremen, which can be the case now.

Caught in a trap

Indeed, many foreigners don’t presently even have the right to have their credentials assessed at all, said Christal Morehouse, senior project manager at the Bertelsmann Foundation, a leading German think tank.

“The run-around could go on for years,” she said. “And then (government officials) can say at the end of it, ‘We don’t know.’ The new law will do away with that dead-end street … which is really a trauma because people are stuck in limbo.”

The sheer demographic facts for Germany are daunting: the birth rate since reunification has been under 1.5 children per woman, the total population is projected to shrink by 12 million to 18 million people by 2060 and the number of people needing aged care to double by 2050.

And this is based on the assumption of a net immigration rate of 100,000 arrivals per year, while in fact Germany actually has net emigration at the moment. Simply put, more people are leaving the country than arriving.

“Everything suggests that Germany is going to go through a demographic implosion,” Morehouse said.

Germany should be an attractive country for skilled workers. It is at a slight disadvantage compared with the United States, Britain, Australia and Canada in that its native language is not English, which most skilled workers around the world already speak.

But salaries and work conditions, and social services such as health care, child care and maternity leave, make it an appealing option. The system, however, makes it anything but welcoming.

“None of the competent ‘brains’ want to crack Germany,” Ahmet Güler, chairman of the Association of Turkish-European Entrepreneurs, said. “There are too many barriers on the part of the German bureaucracy, which puts up great hurdles and cannot be compared to other immigration countries: the USA, Canada, Australia and New Zealand.”

Coming in through the backdoor

Strictly speaking, Germany has had a recruitment ban on non-EU workers since 1973. The only way non-EU workers can come here is via one of the more than 30 exceptions to this ban. One of the exceptions is for “highly qualified immigrants.”

The number that settled in Germany using this exception in 2008 – the last year for which statistics are available – was 157. That was at least an improvement on the 151 who settled in 2007.

By comparison, the number who came to Germany in 2008 under the odd category “seasonal workers and circus workers” category was 285,217.

Workers, especially the best and brightest around the world, don’t want to come to a country as an “exception,” Morehouse said.

“You don’t want to feel as if you are going through the backdoor. Having exceptions to rules is not the way to make people feel welcome. That’s a huge barrier to Germany attracting talent.”

Britain, Australia and Canada, by contrast, have clear systems with points systems and caps. A worker considering Britain, for instance, can go to a website and see how they and their qualifications stack up. People who value themselves and their labour are going to look carefully and weigh up the options as to where they might want to live, Morehouse said.

As Germany’s recent toxic debate about immigration shows, the politics are fraught. Because immigration wasn’t handled well in the past, especially when it came to the “guest workers” in the 1960s and 1970s, there are residual xenophobic fears in Germany. Rather than finding a clear-headed way through these fears, many politicians have been more inclined lately to seize on them for political gain.

After former central banker Thilo Sarrazin blunted the nation’s sensitivity with his best-selling, anti-Muslim treatise, “Abolishing Germany – How we’re putting our country at jeopardy,” many leading politicians jumped on the issue.

Horst Seehofer, leader of Bavaria’s conservative Christian Social Union party, floated the idea of completely halting immigration from Muslim countries. Chancellor Angela Merkel followed up by declaring that “multiculturalism has failed utterly” at a meeting of her Christian Democrats.

“The problems themselves are not new,” said Ahmet Lokurlu, the Turkish-born entrepreneur whose award-winning design of a solar-powered air-conditioner is the basis for a thriving Aachen-based firm called Solitem. “What’s new is that the behaviour of the politicians is creating more problems that it’s solving.”

If Seehofer were absolutely serious about his suggestion of ending immigration from Turkey and the Arabic world – and it is hard to believe that he is – then Lokurlu might never have been admitted into Germany.

The latest debate, Morehouse said, has probably damaged Germany’s attractiveness as a destination for skilled workers, at least in the short term.

Politicians need to realise, she said, that while they think they are talking to their domestic audience, their remarks echo around the world. She pointed for instance to former North Rhine-Westphalia state premier Jürgen Rüttgers’ infamous phrase “Kinder statt Inder” (“children not Indians”) during a 2000 election campaign in which skilled IT workers from India became an issue.

“It was highly offensive,” Morehouse said. “A key issue is how open a country is and how does it speak about immigrants. People from countries like India hear these things and take them into consideration.

“Germany should be advertising itself and politicians should be talking about Germany as a country that is welcoming … rather than saying things like, ‘multiculturalism has failed.’”

What Germany needs, Morehouse said, is a more visionary approach by politicians that communicates the opportunities and benefits of immigration. For a start, it should be made clear that failures of the past would not be repeated; future immigration of skilled workers would be very different from the 1960s and 1970s schemes, whose clumsy handling paved the way for integration problems.

“It’s like pulling teeth to get German politicians to say Germany needs immigration,” Morehouse said. “German society is willing and able to be part of this dynamic world where people move around seeking work, but politicians need to provide the vision.”

He wants to import qualified workers on a Canadian-style points system.

But Seehofer’s CSU, which is the Bavarian sister party to the Christian Democrats, opposes the FDP’s attempts to reform immigration policy. Merkel, meanwhile, is caught in the middle, neither wanting to appear too liberal yet also keenly aware of the economic imperative.

Morehouse sees two possibilities for the future: Germany could start addressing the issue soon, before things reach crisis point, and come up with a well-considered solution. Or it could wait until the crisis hits and tackle it then, which could create problems such as a strain on schools and infrastructure.

One way or the other, it will have to deal with the issue eventually.

The sad thing, entrepreneur Lokurlu said, is that Germany’s economy would only be more dynamic and flexible by being stimulated by skilled, educated people from other countries.

“I honestly feel I’m better off business-wise for bridging two cultures,” he said. “When I travel in other countries and meet people from new cultures on business trips, say in China, I’m better equipped than I would be if I were only German or only Turkish.”