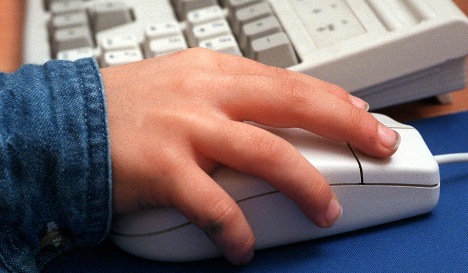 The massive survey of European children’s internet use and the risks posed by it, presented Tuesday in Berlin, found that German children are much less likely to be exposed to negative content than their peers in most neighbouring countries.

The institutes surveyed 23,000 youngsters aged nine to 16, along with one of their parents, in 25 countries. It was the first Europe-wide survey of internet use by German children and teens.

The countries where children most commonly came across sexual content by accident on the web were Estonia with 30 percent and the Czech Republic with 29 percent.

According to the surprise result, only eight percent of children in Germany had had “bad experiences” on the internet, Hasebrink said. That was substantially lower than the 12 percent recorded across Europe.

The results showed was no need for parents to panic about the content to which their children may be exposed, he said.

“If you regard the internet only as a danger zone, you’re not doing children any favours,” he said. “The internet is one of the most powerful communications instruments that we have.”

One reason for the relatively low danger for German children is that they simply use the internet less than many of their European peers.

“German children use the internet more seldom and less diversely,” Hasebrink has said previously. “This makes them less exposed, but they also make only restricted use of the opportunities the internet offers.”