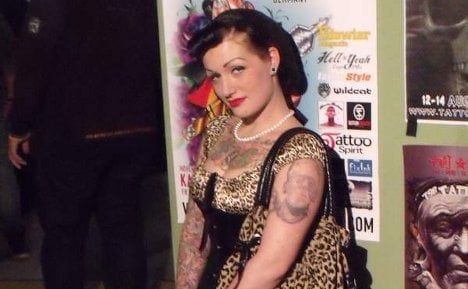 The German capital’s decommissioned Templehof Airport welcomed tattoo artists, industry people, fans and freaks to the body art gathering, which is one of the largest in Europe.

Those brave enough to get inked at the convention itself could take their pick from a huge variety of styles and artists, with some employing unconventional methods such as “Viking style” tattooing, using two wooden sticks hit together to draw patterns with a needle rather than electricity.

Click here for a photo gallery of the tattoo convention.

Guests included “Lucky Rich Diamond”, the world’s most tattooed man, who had his entire body tattooed with a layer of blue ink in order to be able to begin tattooing over this “new skin” with white pigments and fresh designs.