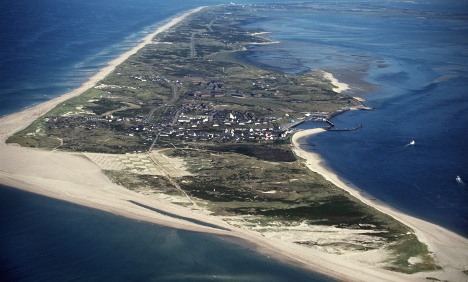 The controversial whistleblower site published the cable late on Sunday, listing potential targets that experts told British daily The Times were a “gift for terrorist organisations.”

The list of “critical infrastructure and key resources located abroad” detailed hundreds of pipelines, important data cables, and businesses belonging to international industrial and pharmaceutical giants. If destroyed, these sites could damage US interests, the diplomatic communique said.

In Germany such sites included the BASF headquarters in Ludwigshafen, which was described as the “world’s largest integrated chemical complex,” and Hamburg’s port.

Other crucial sites include the northwestern coastal city of Norden and the North Sea island of Sylt, where two important underwater data and communication cables connecting North America and Europe reach land.

The list was the result of a February 2009 order from Washington for officials to compile a list of international assets critical for the United States.

The plants of industrial giant Siemens were also listed for “essentially irreplaceable production of key chemicals” and the production of hydroelectric dam turbines and generators.

Other companies included Dräger Safety in the northern German city of Lübeck, “critical to gas detection capability,” and Junghans Fienwerktechnik in the southern city of Schramberg, “critical to the production of mortars.”

A number of German pharmaceutical companies that produce critical vaccines, medications and medical tests, including insulin and a small pox vaccine, were also included on the list.

Britain and the US condemned Wikileaks’ decision to publish the list among a bundle of some 250,000 secret diplomatic documents obtained by the site.

“There are strong and valid reasons information is classified, including critical infrastructure and key resources that are vital to the national and economic security of any country,” US Assistant Secretary of State Philip Crowley told The Times.

“Julian Assange may be directing his efforts at the United States but he is placing the interests of many countries and regions at risk. This is irresponsible.”

But Wikileaks spokesperson Kristinn Hrafnsson told daily The Financial Times that the release proves the US government uses embassy officials for intelligence gathering, despite claims to the contrary.

“In terms of security issues, while this cable details the strategic importance of assets across the world, it does not give any information as to their exact locations, security measures, vulnerabilities or any similar factors, though it does reveal the US asked its diplomats to report back on these matters,” she told the paper.