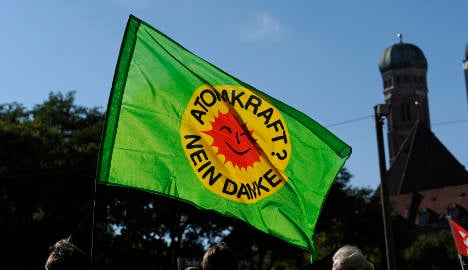 The ‘Monday Walks’ under the motto ‘Nuclear waste transports? Non! Njet! Nix da!’ to emphasise the international nature of the problem and the opposition to short-term solutions, will attract thousands, said the Lüneburger Aktionsbündnis coordinating group on Saturday.

“There will be no transports in the quiet of the night on our watch,” said Freya Rudek, spokeswoman for the group.

She said the aim was to make sure the transports attracted the maximum publicity so that the constant danger posed by nuclear technology was not forgotten. The protests will also take aim at the extension of running-time for German nuclear power stations.

The major rally will be held on Saturday December 12, in Greifswald, ahead of the transport. At least 3,000 people are expected to be there, while a day later activists are planning a demonstration at the temporary storage depot in Ahaus, North Rhine-Westphalia.

Following this, blockades and sit-down demonstrations are expected along the route of the transports which are heading towards the temporary storage facility in Lubmin in Mecklenburg and Majak in Russia.