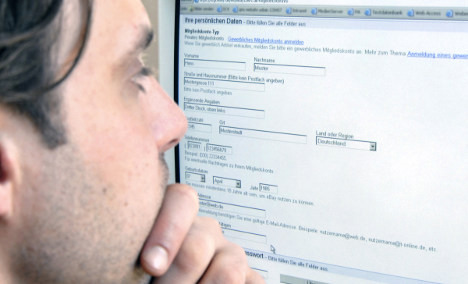 “A broad approach that includes the entire internet, and isn’t confined to single aspects such as geotagging or Google Street View, is necessary,” the conservative Christian Democratic politician wrote in report cited by daily Ruhr Nachrichten on Wednesday.

The government plans to restrict the “targeted distribution of personal profiles” to situations when individuals give their permission or it would clearly be in the public interest, he added.

“Here there is a red line that everyone must recognise,” he wrote.

De Maizière also wants to prevent the commercial publication of data online if it creates a “substantial personal or activity profile” or might portray users in a “slanderous way,” he said in the report.

The systematic publication of addresses belonging to people with criminal records also counts as a grave invasion of personal rights, he said.

But the threshold defining the limits must be set high to maintain the internet as a public space “fundamentally free from state restrictions.” Thus the government will demand a voluntary commitment to a data protection code applying to services such as Google Street View and similar programs.

Justice Minister Sabine Leutheusser-Scharrenberger, a member of the CDU’s junior coalition partners the Free Democrats, also encouraged internet companies to work against the misuse and collection of data.

“The larger the data mountain, the smaller the guarantee that the collected data can be protected,” she said in an interview with daily Hamburger Abendblatt.

Whenever possible, government organisations and companies should avoid stockpiling data on users, employees or customers, she said, citing the recent Wikileaks release of some 250,000 secret US documents as a “warning for data austerity.”