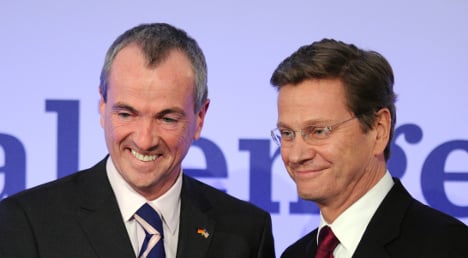 Rainer Stinner, the foreign affairs spokesman for the pro-business Free Democratic Party (FDP), whose leader Guido Westerwelle came in for a particular shellacking in the documents, feared there would be mistrust between German politicians and foreign embassies.

“The work of foreign policy will of course be impeded in the future,” he told daily Hamburger Abendblatt.

He said he personally would have to think how often he spoke about developments and personal assessments from now on, he said. He was critical of embassy cables that made judgements about individual politicians.

“Assessments of German politicians have no relevance politically,” he said.

He added that it was stupid if German politicians were criticising their own colleagues to the Americans. According to the Wikileaks documents, Defence Minister Karl-Theodor zu Guttenberg had told the US Ambassador Philip Murphy that it was Westerwelle, and not the opposition Social Democrats, who was the main obstacle to Germany’s increasing its troop numbers in Afghanistan, which is an ardent wish of the US.

“But if it’s true that leading politicians have been backbiting about one another at the US Embassy, it is not particularly clever,” Stinner said.

According to daily Bild, the FDP is on a hunt to find the party member who leaked details of the coalition negotiations last year to the Ambassador Murphy. It was at the top of the agenda at a party leadership meeting on Monday the paper reported, with about half a dozen party members under suspicion.

FDP deputy leader Rainer Brüderle even raised the possibility of forcing suspects to sign affidavits, the paper reported. However other party leaders considered such an approach counterproductive and it was knocked back.

The chairman of the foreign affairs committee of the Bundestag, Ruprecht Polenz of the Christian Democratic Union, described the publications of the Wikileaks cables as “utterly explosive.”

“This is seriously damaging,” he told daily Passauer Neue Presse.

Not for nothing had the White House tried to prevent the leaks’ publication. Now it was up to American diplomats to pick up the pieces.

“One can cope with the fact that some American embassy worker gives grades to German ministers and move on. But the question remains: How will American diplomats in future guarantee confidentiality in future conversations? Of course we know about such assessments and judgements. But it is something else to read about it in print afterwards. You have to be able to count on the fact that the contents of confidential conversations don’t end up in the public.

But Polenz rejected the idea that the leaks would cause any deep diplomatic problems.

“I could only imagine that happening if it came out of the reports that, for example, cabinet colleagues were speaking badly about one another and had been denigrating one another to the American side.”