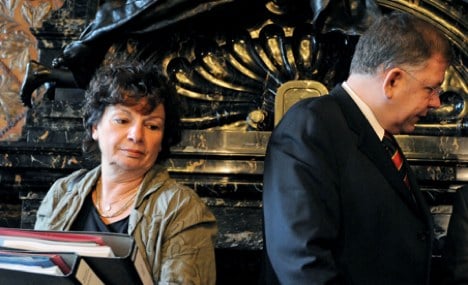 The Hamburg Green Alternative List (GAL), incorporated into the federal Green party, announced the decision barely three months after Christian Democrat Christoph Ahlhaus was chosen as the mayor of the city.

Inter-party relations in the government have been strained since Ole von Beust announced he was stepping down in July. The hugely popular von Beust – who had governed Hamburg since 2001 – was widely seen as the guarantor of the coalition.

The alliance, which has been in power since 2008, was also seen as an experimental partnership for two parties traditionally opposed to one another.

Many GAL members had wanted to leave the coalition following von Beust’s exit, but in the summer the party narrowly voted to support the new mayor.

GAL party chairwoman Katharina Fegebank said Sunday she saw no chance of a new beginning, and that a new election was the only honest offer they could make to the people of Hamburg. Parliamentary faction head Jens Kerstan said there was no more trust and reliability in the coalition.