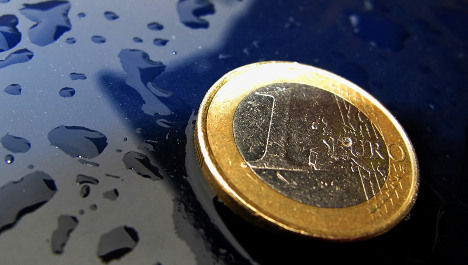 “No, we have an instrument to deal with crises in the eurozone and we are working intensively on Ireland, which has made a request” to receive help from the rescue fund, Schäuble said on Bayerische Rundfunk radio.

“I hope that by the start of next week we have the necessary decisions in Europe so that we can have calm on the markets again so that we can put an end to this completely over-the-top speculation.”

Late on Wednesday, the powerful head of the Bundesbank German central bank, Axel Weber, said European countries would not allow a speculative attack on the euro and would increase the fund if necessary.

“If that amount is not enough, we could increase it,” Weber said.

His remark prompted a flurry of commentary. But Schäuble said: “At the moment we have a rather nervous situation because there is an incredible amount of speculation, with completely obscure comments suddenly taking on a meaning and unsettling markets.”

In May, in the wake of a crisis over Greece, the European Union and the International Monetary Fund cobbled together a €750 billion rescue fund for other eurozone countries in need.

With speculation that other countries such as Portugal and Spain might need aid, reports said this week that the EU was considering doubling its €440 billion share of the fund to €880 billion.

Both the head of the fund, Klaus Regling, and the European Commission have ruled out an increase, saying it is adequate to cope with current problems.

Also on Friday, Germany denied reports it was putting pressure on Portugal to seek aid from the bailout fund, as fears of contagion from the Irish debt rescue spread throughout Europe.

“This is not at all the position of the ministry,” a finance ministry spokesman told news agency AFP.

The Financial Times Deutschland reported earlier, without citing sources, that the European Central Bank and other eurozone countries were pressing Lisbon to accept aid.

If Portugal were to tap the fund, it would help Spain, also seen as a potential bailout case, the newspaper reported.

“If Portugal were to use the fund, it would be good for Spain because the country has high exposure in Portugal,” the FTD quoted a German finance ministry source as saying.

Although Lisbon has denied it needs help, the markets are eyeing the debt-stricken southern European state as its next target after Ireland, said Thomas Mayer, chief economist at Deutsche Bank.

“I fear that the markets are looking at Portugal, which has similar fundamentals to Greece,” the analyst told the Frankfurter Allgemeine Zeitung. 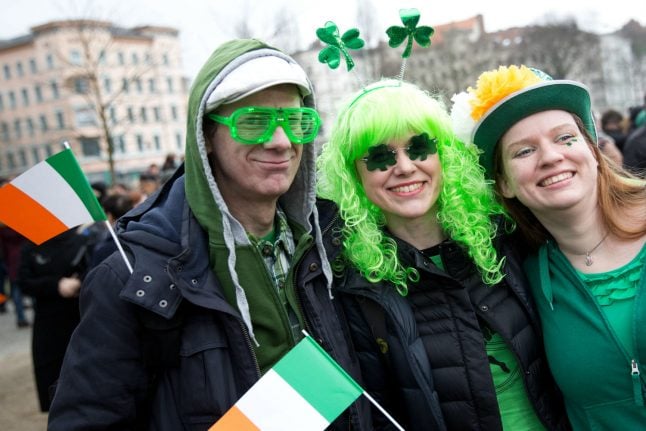 POPULATION
Irish in Germany: How many are there and where do they live? 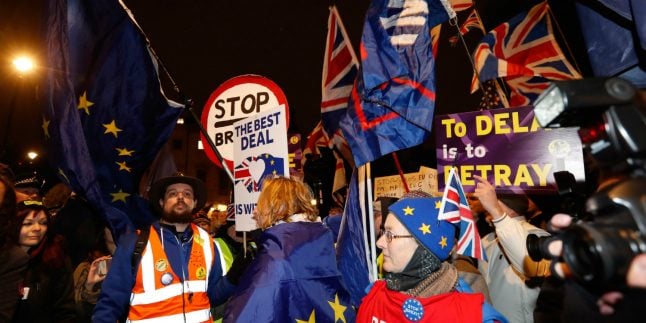 “Opening the withdrawal agreement is not on the agenda,” said Steffen Seibert, a day after British Prime Minister Theresa May said she would seek to revisit the pact she sealed with the 27 EU leaders at a summit last month.

British MPs late Tuesday voted through an amendment saying they would only support a divorce deal if a controversial “backstop” clause to keep the Irish border open was removed.

The German government has taken note of the British parliament's decision to seek “more clarity” on the border issue, said Seibert.

“It is now up to PM Theresa May to give concrete explanations on this issue to the EU's Brexit negotiator Michel Barnier and Commission chief Jean-Claude Juncker,” added the spokesman.

“Our position is clear: the withdrawal agreement is the best and only solution for an orderly exit,” he told the Funke media group, after British MPs voted for May to renegotiate the deal.

Maas said it remained unclear what the British government wants amended. “It must now quickly say what it wants because time is short,” said Maas.
He stressed however that Germany and the EU stood firmly behind Ireland on the issue. “We won't allow Ireland to be isolated on this question,” he said.
Brexit hardliners from May's Conservative party think the backstop – created to keep the border open with Ireland – could see Britain indefinitely tied to EU trade rules.
The winning amendment calls for the backstop to be replaced with “alternative arrangements to avoid a hard border” – vague wording that did not pin May to any specific approach.
SHOW COMMENTS