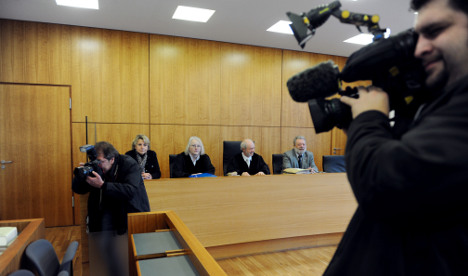 The 50-year-old from a Catholic order known as the Premonstratensians admitted abusing six altar boys between 1992 and 2003, usually by handling their penises on the pretence of a medical examination.

Investigators also found child pornography pictures on the man’s computer. He was a priest in the town of Fritzlar in Hesse and his main responsibility was the supervision of altar boys.

He had targeted the vulnerability and naivety of the young to serve his own sexual gratification, lead judge Jürgen Stanoschek said.

“You used your authority and position as a person of faith,” Stanoschek said.

The man faced 164 separate charges, of which he was convicted of 155.

“This will live with the victims for a long time. It won’t go away,” the state prosecutor said during the sentencing.

She acknowledged, however, that the priest had admitted his crimes and spared his victims the need to face court and provide harrowing testimony. His jail sentence would have been up to 10 years had he not confessed, Stanoschek stressed.

The priest was relieved of his duties after the initial complaints were made in May. The Premonstratensian order has since closed its Fritzlar priory.

The priest had filmed many of the assaults with a video camera. He asked for forgiveness “from all whose trust I have abused” and to whom he had caused suffering.

He repeatedly used the same ruse to assault the boys: handling their penises on the grounds of a medical or scientific examination.

“You frightened the children,” Stanoschek said.

The defence lawyer said his client had become too closely involved with the children. But the serious crimes notwithstanding, he had done plenty of good in the community and had ended the string of crimes of his own volition.

“From 2003, he succeeded in keeping his distance,” his lawyer said.