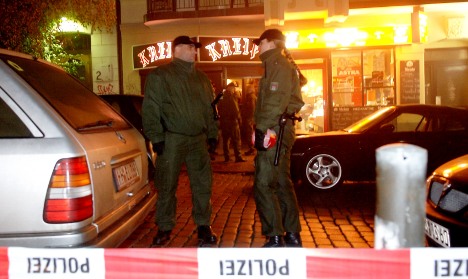 Experts gathered this week for a discussion, organized by the aid group Care, to mark the UN Day for the Elimination of Violence Against Women on Thursday.

“The trade in girls is a lucrative business in the Balkans” says Anton Markmiller from Care.

Young women are lured with advertisements promising the chance to earn a lot of money in a short time through work abroad, for a range of jobs from secretary to dancer. Traffickers go to great lengths to hide the true destination, normally brothels hidden behind closed doors or on the edges of cities.

Heike Rudat, who has been working in the Berlin state Office of Criminal Investigation for seven years to investigate red light district activity, said that the trade in women from Asia to Eastern Europe had boomed since German reunification and the fall of the Iron Curtain 20 years ago.

“You can track how the poverty line has shifted” she said. Many of the women and girls trafficked come from Bulgaria and Romania, often belonging to the persecuted Roma population.

Rudat, a key player in Germany’s largest counter-trafficking squad, said that “the damage to these young women appears to be enormous”, with the risk of AIDS and other illnesses extremely high.

She added that child-trafficking is also not uncommon in Germany, though it is often ignored. “It is here, and happening right under our noses” she said.

She explained that with violence being the tool most often used to control victims, “the brutality often repeats itself” as victims often inflicting the same cruelty on others later in life.

Of the pimps and traffickers, Rudat stated plainly that they have “no basic respect for human life.” Nor did she pull any punches regarding the clients, saying that a quick glance at any of the internet forums used to solicit trafficked women shows that for many clients, “a chunk of flesh with a hole in it” would do.

Corruption and lawlessness help trafficking, with many women and girls having worked in brothels in their homelands.

Sister Lea Ackermann has run international counter-trafficking programmes since 1985 and now runs the Germany-based SOLWODI organisation for victims of trafficking, forced prostitution, forced marriage and violence. She said that “it is a golden age for offenders, as they get away with these crimes so easily.”

In the past year, SOLWODI (Solidarity with Women in Distress) has helped 403 women from south-eastern Europe find refuges from violence.

However, Sister Ackermann said many victims of violence were afraid to go to court because they could be punished at home as a result.

No one knows just how many women and girls are traumatised by human trafficking, the experts said. German criminal statistics compiled by analysts such as Rudat are thought barely to touch on the true figure. In 2009, there were 710 known victims of trafficking, but as Rudat acknowledged, “we only see the tip of the iceberg.”

This year, the regional section of Care based in Germany and Luxembourg has been provided with EU funding to assist women’s organisations in the Balkan region, working in the fight against human trafficking in Serbia, Bosnia-Herzegovina and Croatia.