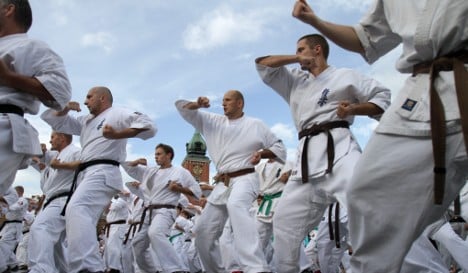 In a parliamentary committee hearing on Tuesday, the pro-business Free Democratic Party demanded that the state government explain why Justice Ministry employees in the city of Wuppertal were being financed to take martial arts courses.

The party dismissed such courses as inappropriate, saying the state prosecution was “not a fighting unit.”

The parliamentary justice committee hearing in the Düsseldorf that examined the issue was titled, “Karate course for state prosecutors.”

A spokeswoman for the North Rhine-Westphalia Justice Ministry said the classes were not organized by the state as such. But there had been a sense of “insecurity” among state prosecution staff following “verbal attacks” by people visiting their offices, the spokeswoman said.

Financing for self-defence lessons had therefore been approved for staff to learn “techniques of de-escalation” to deflect possible physical attacks. It was not known whether any violent attacks had actually been made on staff.